From Minnesota With Love

Product(s) from the blog

Can be easily removed and reapplied seasonally to block heat or allow solar gain as needed.
LEARN MORE

Born and raised in Minnesota, he had acclimated to the frigid winters and hot, humid summers. During those extreme weather changes, phone calls from his tenants never ceased. The skylights were allowing intense solar heat to enter, and they demanded that he do something about it! Money spent on bigger a/c systems did little, other than to cut into his profit. More money was thrown out on gadgets that every roofing company suggested. Finally, as a last-ditch effort, he considered window tinting, but due to the curvature of his skylights, tinting was not an option. At this point, he felt overwhelmed and discouraged. Little did he know that a “break-through” was just ahead.

A thorough Google search led him to our company, Skylight Solutions USA, the only United States authorized distributorship for Liquisol. Impressed with our entire Liquisol product line, 3SEASONSblue stood out to be exactly what he needed. A solar reflective coating applied like paint on the outside of the skylights and extensive testing to validate its ability to block 57% of solar heat coming through skylights. Bingo! He was definitely feeling optimistic, especially when he learned that the coating could be removed with a combination of water, Liquisol’s exclusive soap, and ammonia. Plus, 3SEASONSblue would also help preserve his floors and furnishings from UV damage. Shazam! He said he felt like he hit the Lottery!

With our guidance, products were shipped and applicators in his area were recommended. He quickly had all skylights coated easily and affordably. The sun’s relentless heat no longer caused discomfort to tenants and if requested, he could have 3SEASONSblue removed during winter when heat gain was desired.

Here at Skylight Solutions USA, we are honored to represent Liquisol’s energy-wise coatings that dramatically improve skylight performance and likewise changes lives for the better. 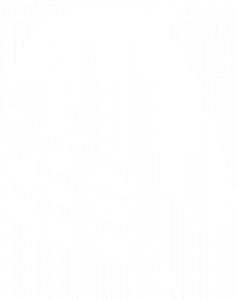